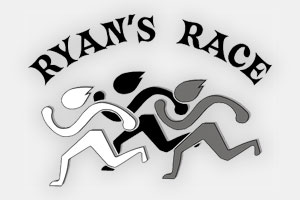 Ryan's Race is back for 2021! This year's race is virtual. Participants planning to submit their times must register by May 8 and can submit a time for a 5k run any time between May 9-20.

Registration has been extended until May 20th! Remaining shirts will be sold on Saturday, May 22, starting at 9 a.m. And please come back that afternoon between 12-4 p.m. for a drive-thru bone marrow donor registration drive in honor of Ryan Smith from Be the Match.

Ryan 'Whitey' Weitzel is the Inspiration 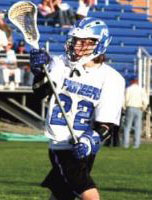 Ryan “Whitey” Weitzel is the inspiration of Ryan’s Race. Ryan was an extraordinary individual who led his life with an amazing positive attitude, even while he battled the awful cancer that ultimately took his life. His life has been an inspiration to his family, friends and the L-S community. #lspride

The funds raised from Ryan’s Race support two one thousand dollar scholarships that are given each year to two seniors who reflect Ryan’s character and attitude.

This year the L-S Varsity Club will organize the 14th Annual “Ryan’s Race.” The money generated from donations and registration fees is used to provide scholarships. The race itself is virtual but an awards ceremony will take place on Saturday, May 22, 2021, on the L-S campus.


Best time awards will be given in the Middle School, High School, and Adult categories. The Walkers category is non-competitive.

Best time awards will be gift cards for local businesses. All awards and items will be available for pickup on Saturday, May 22, at the High School track at 9 a.m. or can be shipped for a charge.

A minimum of 10 runners must submit times in a category for it to become competitive.